Near Walker, the Heartland Trail is Northern Minnesota’s oldest paved trail, and its most recently resurfaced. The 27-mile long Walker-to-Park Rapids segment reopened in the fall of 1997 with a fine, newly blacktopped surface, making it again one of the state’s premier recreational trails all year long…including winters, when it attracts snowmobilers with its phenomenal rides.

The segment southwest of Walker is praised not only for its beautiful and rugged lakes and forest scenery, its frequent wildlife, and native flowers but also for its accessibility to a maze of exceptional, interconnecting system of trails and recreation areas. Foremost among these is the Chippewa National Forest’s Shingobee Recreation Area about six miles south of Walker, and just across Hwy. 34 from the Heartland Trail.

Between the Recreation Area and the City of Walker, the Heartland offers a beautiful chain of lakes, available for canoeing, and often accessible for a lakeside respite or picnic. The Heartland’s (paved) trailhead is located just west of downtown Walker. Bike rentals are available about two blocks north of the trailhead on Co. Rd. 12.

The Heartland extends some 21 unpaved miles above Walker, splitting off from a highly scenic and also unpaved, portion of the Paul Bunyan Trail, before crossing the historic railroad trestle at very beautiful Kabekona Narrows on Leech Lake (about 4 miles above the city). The trail continues due north, skirting Leech Lake’s Steamboat Bay, and crossing the beautiful bottomlands of the Steamboat River, before passing Steamboat Lake. 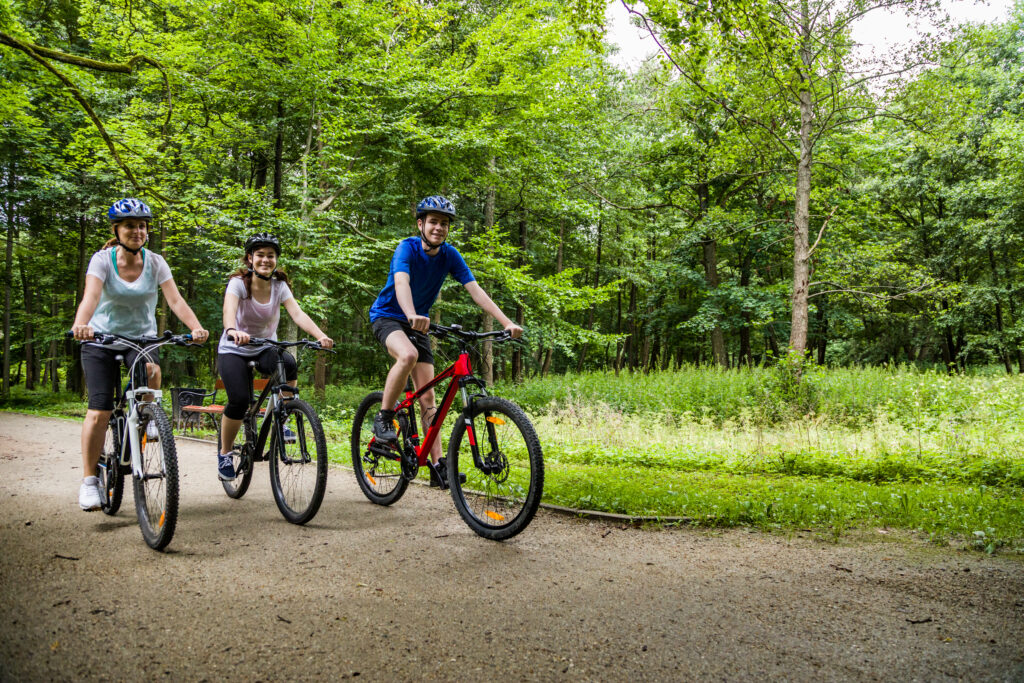 Fortunately for Leech Lake Area visitors, the Cass County portion of the North Country National Scenic Trail is complete. The entire trail, when finished, will be a magnificent 3,200 miles long walking trail connecting the Lewis & Clark Trail in western North Dakota with the Appalachian Trail in upstate New York. It will be the longest continuous footpath in the United States. Here, though, it is ready to be enjoyed.

It enters Cass County from the west, traversing the Chippewa National Forest along its southern, and most scenic, boundary and intersecting Minnesota’s Heartland Recreational Trail. It next passes through the National Forest’s beautiful and unusual Shingobee Recreation Area, before meeting Minnesota’s Paul Bunyan Recreation Trail on the other side. From there it wanders east across the county, along beautiful, pristine, wilderness lakes and wetlands, and through glorious, hundred-year-old stands of white and red pine forest.

Highway 34 southwest from Walker through Park Rapids and on to Detroit Lakes was recently added to the list of Minnesota Scenic Byways. The drive takes in the north woods lake country along the way, and a spur about midway leads to Itasca State Park.

The Paul Bunyan State Trail takes bikers on a 120-mile journey from the south of Brainerd (Crow Wing State Park) to Walker, and then through to Lake Bemidji State Park. The Paul Bunyan Trail is the longest MN bike trail in the state. This bicycle trail is also great for hiking, in-line skating, biking, mountain biking, snowmobiling, and also comes with wheelchair access (electric wheelchairs are allowed). The Paul Bunyan Trail is full of Minnesota history as the area has been inhabited for centuries.

Connected with the Paul Bunyan Trail, and also built along an abandoned rail corridor.

Four miles of paved trails for non-motorized hiking and biking along the east edge of Cass Lake and Pike Bay.

Eight miles of walking along the Shingobee River Valley.

Hike or bike through natural cedar bogs. Twelve miles of nature at its finest. Public access is through Moondance Campground, south shore of Leech Lake.

A five-mile trail surrounding the lake after which it is named.

At the north end of Leech Lake’s Steamboat Bay, 12 miles of walking trails.

Nine miles of looped forest road for biking and hiking in the Chippewa National Forest. 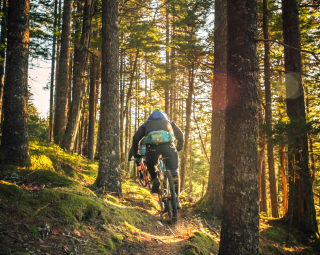 Walker, MN gives you a lot of options for hiking and biking with a number of area multi-purpose trail systems with Walker at a comfortable distance to all of them. Shingobee Recreational Area becomes a mountain biking and hiking trail during the summer and is near the Heartland Biking Trail and the North Country National Trail. There are also the Hunter Walking Trail System, the Snoway 1, and the County Road 50 Trail System. These Minnesota trails have great scenic views of secluded lakes and the opportunity to spot wildlife.