The Leech Lake Area, Cass County and the cites of Walker, Federal Dam and Whipolt have intriguing histories. If you want to learn more about the area, visit one of our local museums.

Walker, MN, is built on the remains of a glacier that 10,000 years ago stopped at the western edge of an ancient valley. As the glacier receded, it left three ridges that give Walker its hills. The bedrock beneath Walker and the surrounding area is among the oldest on earth–at least three billion years.

The Ojibwe (Chippewa), more properly called Anisinabe (First Man), moved from the northeast into Sioux territory in the early 1700’s. Historical writings refer to the tribes as “natural enemies.” Territorial disputes caused many battles, and the Sioux were finally driven into the Dakota Territory. French explorers were the first white men into the area. Moving westward from Lake Superior and south from Canada, they discovered the fur trading wealth awaiting them.

Early 1800’s Trading Posts
By 1785, the Northwest Company had established a trading post on Ottertail Point, adding another on Mound Point (now Oak Point) the following year. More and more posts were established in the early 1800’s. Years passed, and the expanding New World brought settlers, lumberjacks and tradesmen. By 1895, a small settlement had begun in the area of Leech Lake. In 1896, it would be incorporated under the name “Walker.” That same year–on August 8–the first excursion train pulled in. The first tourists had arrived.

The Battle of Sugar Point
However…the area was still young, and, though largely ignored by history (quite likely because the Indians won), the last true Indian battle–the Battle of Sugar Point–was fought in October, 1898. The roots of the conflict are all too familiar. Indian lands and burial grounds had been destroyed as “progress” moved westward. Only meager compensation was awarded and subsequent moneys somehow never reached the Tribe members.

Two years earlier “Old Bug” (Bug-ona-gee-sting), one of the chiefs of the 200 or so Pillagers who lived around Leech Lake, had been arrested by a U.S. Marshal on less-than-specific grounds and taken to Duluth. Charges were dropped for lack of evidence, and the 60-year-old Pillager walked the hundred miles home in icy wind and deep snow, vowing never again to be taken by a white man.

In September 1898, he reported to the Onigum Agency to pick up his annuity payment, and was arrested on a bench warrant by a Deputy Marshal. Old Bug called out for help, and 22 Pillagers came to his rescue. They escaped to Bear Island. Warrants were issued for all involved.

Twenty soldiers were sent from Fort Snelling to Walker to “chat” with Tribal members. When the Pillagers refused to talk, another 80 troops were sent to Walker. Once again, the Natives declined to meet.

On October 5th, officers and newsmen climbed aboard two steamers, one of which pushed a barge filled with troops. They found Bear Island deserted and moved on to Sugar Point. After a difficult landing that required the barge be poled to shore, the troops found Old Bug’s cabin empty. Around them in the forest, circling quietly on the frosty ground, were 19 Natives carrying Winchester rifles. The tired troops were ordered to Stack Arms, but one recruit failed to engage the safety on his weapon. The gun fell and discharged. Thinking they’d been discovered, the Natives opened fire. Major Melville Wilkinson, the commanding officer, was hit three times, the final abdominal wound taking his life. The Natives also fired on the steamers, and the boats headed back toward Walker.

The remaining troops at Sugar Point entrenched themselves around Old Bug’s cabin. The next day, one of the steamers approached but was driven off by gunfire after only one wounded soldier could be evacuated. That evening, 214 members of the Minnesota National Guard arrived in Walker by train, bringing with them a Gatling Gun. The morning of the 7th, however, the reinforcements headed for Bear Island met the once-trapped soldiers on the way. The Pillagers had allowed them to leave aboard the barge. The Battle of Sugar Point was over. Seven soldiers had been killed, another 16 wounded. There were no casualties among the 19 Natives.

Though generally forgotten on a national scale, the Battle of Sugar Point was the catalyst for a chain of events that eventually led to U.S. Forest Service oversight of national forest lands all over the U.S….as well as the creation of a massive national forest on land ceded by the Chippewa in 1889. It is now known as the Chippewa National Forest.

The last vestige of the old century was followed by a new century of building, this included lodges, hotels, resorts, campgrounds, steamboats, sternwheelers, dance pavilion and floating resort, excursion boats, timber boats (one of which was a 135 feet long), roads, canals, dams, libraries, schools, and churches. This progress has continued right up to the shops, stores, restaurants, theaters, casinos, marinas, national forest, state parks and so much more you can find in the Leech Lake Area today. Many historical buildings are still in tact. –Information courtesy of Walker Centennial Book Committee, Cass County Historical Society and Cass County Museum 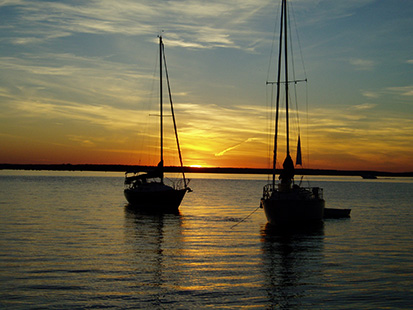 The Leech Lake Tourism Bureau is an organization of Minnesota lodging providers and professionals whose overall goal is to make every vacation in the Leech Lake area as enjoyable and memorable as possible.

Our goal of the website is to help you easily plan your Minnesota vacation. With many tools and resources available right at your fingertips, you can easily find lodging, plan family activities, scope out the best fishing spots in our fishing blog or use our calendar of events to plan your trip around one of our great local traditions. Our lodging and accommodation details are easy to navigate with each resort’s details available with one click. Our Minnesota lodging directory also includes maps, an amenities search, and a calendar of events. Sign up for our monthly email specials to keep up to date on the latest vacancies, area events, and lodging specials and discounts!